By the time my family moved to the Borough of Gettysburg in 1942, I had lived in four other communities including two in North Jersey. Nancy, however, didn’t just grow up in Gettysburg, her family roots there go back to the early 1800’s. Our genealogy records suggest that over 150 ancestors preceded her or were her contemporaries in the Gettysburg/Adams County Area.

Gettysburg is famous because of what happened there in 1863, and Nancy has several family members with ties to the Civil War and at least two who actually lived through the battle.

Nancy’s great grandfather, William Alexander Ogden, fought with the 87th Pennsylvania Volunteers and was captured by the Confederates during the Battle of the Wilderness in 1864. He spent the rest of the war in Andersonville Prison.

Nancy’s Great Great Great Uncle, Francis C. Ogden, was a tenant farmer on the Rose Farm during the Battle of Gettysburg, and Francis’ son, Francis Charles (Nancy’s distant cousin), fought with the Union Army and was killed in the Battle of Locust Grove, Virginia. 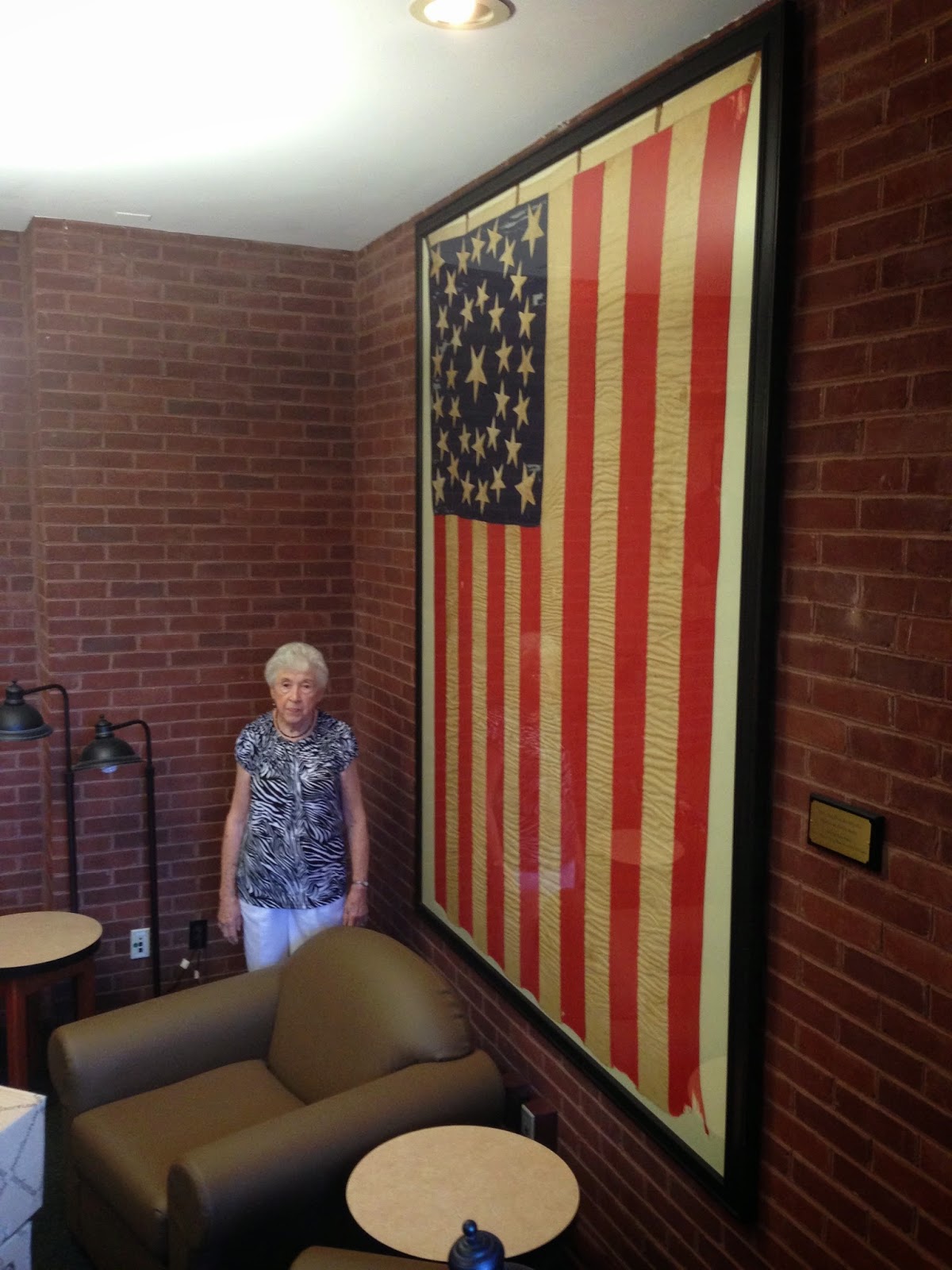 Margaret DeGroff Ogden, Nancy’s Great Great Grandmother made an American Flag which she hung proudly on the front porch of her Gettysburg home throughout the battle. Thirteen minnie balls and a shell fragment passed through the flag which had 34 stars. The Ogden Flag is now displayed in the Gettysburg College Library.

My only family tie with Gettysburg is Rev. David Eyster, a distant cousin, who founded the Young Ladies Seminary in town. Tillie Pearce, a student at the school in July of 1863, wrote At Gettysburg one of the best accounts by a resident and witness.