25. Growing Up in Gettysburg: A Tragedy in Eighth Grade

Gene Herz, or “Hertzy" as his eighth grade classmates referred to him, was a student at Lincoln School which Nancy and I attended in 1945. Many years earlier, when Nancy lived on Liberty Street in Gettysburg, She and Hertzy were playmates.

On Thursday morning March 8, Nancy and Hertz were in Miss Boyer’s study hall class when he got up from his desk in the farthest row from the door, walked across the back of the room, through the door and shot himself in the head in the hall just outside the classroom. The time was 11:15 a.m. 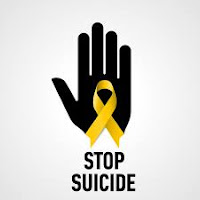 Eugene Hertz did not regain consciousness and died at the Annie Warner Hospital in Gettysburg that same day at 1:05 p.m. He was sixteen.

Over the past seventy years, I have heard several accounts of this shocking incident from fellow classmates who were present in the room. For example, I remember hearing from a few students that Hertz showed the .22 caliber revolver to the class before he left the room. Someone used the phrase “brandished the gun.”

At some point, Nancy and others hid under their desks, and just recently, our friend Janet Upton who was in study hall that day, told us that she and other students huddled together in the rear of the classroom.

I remember taking a spelling test in a nearby classroom when the gun went off and my pen moved erratically across the paper when I heard the shot.

After Hertz’s death, some students at Lincoln School remembered that Hertz  was despondent because his brother and friends were in the military service in World War II, but he was too young to join. They also remember Hertz threatened to commit suicide, but a police investigation following the incident never revealed a reason for the tragedy.