40. Slang and Expressions from the Forties

When Nancy and I were growing up in Gettysburg in the Forties people used words and expressions we don’t hear much anymore. For example, when writing in her diary in 1947, Nancy described a boy in her class as “swell.”  I remember calling a cute girl as “a real dish,” and a classmate was quoted in the Maroon and White suggesting a boy was “hubba hubba.” 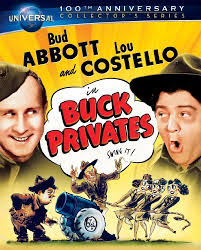 Does anyone “neck” any more?  That’s what Nancy and I did with our “kissers” in the Forties.

Bud Abbot and Lou Costello were one of the most popular comedy teams of the Forties and Fifties, and if we enjoyed one of their thirty-six movies, we might have told others, “It was a gas.” meaning it was funny and we had a good time. We might also tell others that it “Cracked us up!”

Nancy and I are both descended from the Pennsylvania Dutch, and if one of us visited Grandma, and her cookie jar was empty, she would never say, “The cookies are all gone.” To her,  the cookies were simply “all.” Our Grandmas also referred to paper bags as “pokes” or “toots” pronounced like the double oo in “foot.”

If one of us got in trouble at Grandma’s house, she might scold us saying, “You daresn’t do that.” That rebuke was sometimes shortened to, “You “dasn’t do that.” If we thought we were scolded unfairly, we might think to ourselves, “Why is Grandma “raggin’ on me?” We would never actually say that to her.


Expressions of disbelief we haven’t heard for many years include “piffle,” “fiddlesticks,” “horse feathers” and  “poppycock.” Any one of those words from the past would describe most promises by our politicians in the present.