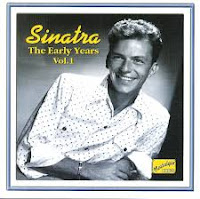 In our last post to Growing Up in Gettysburg in the Forties, we featured the Teen Canteen which was located in a former bank building on Baltimore Street. Unfortunately, the roof must have leaked and the water warped the wooden dance floor, but that didn't stop us from dancing to the popular music of the day.

We recently Googled the top twenty songs from 1945 and 1946, and we have danced to almost everyone, including ageless songs by Frank Sinatra, Perry Como and Harry James.

In addition to dancing at the Teen Canteen, the Student Council, Girls’ Athletic Association and Girl Scouts often sponsored dances after home football and basketball games. Annual proms provided special occasions for dancing to the music of live bands.

Going to a prom in the Forties was nothing like it is today. Yes, the girls wore gowns , but the guys never wore tuxes. Also, we don’t remember going to dinner and most certainly, we never rented limousines. And if people took pictures of us when we were dressed for a prom, we have none.

Our circle of friends didn’t drink alcohol before, during or after a prom, and drugs of any kind were unheard of.


I asked Nancy to the Spring Prom in 1948, and we have been a couple from that time until today, 68 years later. I think I'll go ask her for a dance for old times' sake!