Nancy and I were lowly freshmen at Gettysburg High School and about to turn fourteen when the new year began in January of 1946.  Both of us were honor role students and involved in school activities like sports, student council and choir.

On the south end of town, the College announced the need for rooms to accommodate 150 veterans of World War II who were planning to begin the second semester at Gettysburg. Thanks to the GI bIll which paid veterans to continue their schooling, nearly eight million veterans would participate in education and training programs throughout the country. 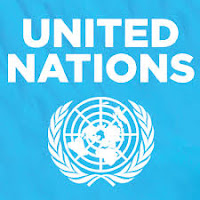 Also in January of 1946, members of the Chamber of Commerce were informed that Gettysburg was not chosen as the site for the United Nations peace capital.  Gettysburg was one of forty areas that offered to host the  intergovernmental organization established to promote international cooperation.


A front page story in the Gettysburg Star and Sentinel on January 5, 1946,  reported that someone broke into the local jail, but the culprit escaped. Apparently, the prowler didn’t realize that if he surrendered after breaking in, the sheriff would have obliged him and provided a cell.