The resources available to Nancy and me as we write about growing up in Gettysburg in the Forties include her diaries from 1947, 1948 and 1949.  She was very faithful to record her activities every day, and we will refer to her  journals often as we continue to post entries on our blog. 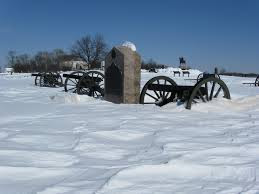 For example, in early January of ‘46, Nancy wrote that it snowed 3-4 inches. When we read that, we tried to recall snow days when school was closed because of bad weather. We couldn’t.  A Google search supported our recollection.

A headline in the February 21, 1947 issue of the Gettysburg Times reported that 15-18 inches of snow fell in Adams County the previous day. As a result, schools in six county communities closed in the afternoon, but Gettysburg Schools were open all day with about 50 percent in attendance.

Nancy and I never realized we were such a hearty people.

Nancy’s January, 1947 diary reveals she was a dedicated player and fan of basketball. She participated in basketball for a sophomore club team, went to all varsity and JV home games and most away games, attended Gettysburg College home games and even attended a few junior high games.

One varsity game, Nancy didn’t see occurred at Hershey on January 10.  Here’s how it was reported in the Gettysburg Times:

A one-handed field goal by Bruce Westerdahl in the last five seconds of play gave the Gettysburg High Maroons a thrilling 36-34 victory over Hershey in a South Penn League.

In the eight years I played high school and college basketball, I don’t recall many games, but that shot and that win are permanently fixed in my mind.