Students who played varsity sports at Gettysburg High School in the spring of 1947 were pleased with the results. The track team went undefeated while setting several new school records, and in their first season since 1936, the varsity baseball team won five games and lost three.

The biggest event in national sports in the spring of 1947 was the news that Jackie Robinson joined the Brooklyn Dodgers to become the first African American to play Major League Baseball since Moses Fleetwood Walker in 1884. I was an avid Dodger fan prior to 1947, and I followed the team that year to a National League Championship. I was broken hearted when they lost to the Yankees.

On April 18 in 1947, Nancy wrote in her diary that she saw The Jolson Story at the Majestic Theater in Gettysburg. “It was wonderful,” she noted. I was so inspired by Al Jolson’s extraordinary voice that for the next fifty years I did impressions of the man some called, “The Greatest Entertainer of the Twentieth Century.” 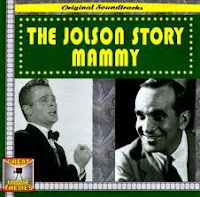 The musical Jolson opened in London in 1995 at the Victoria Palace and ran for seventeen weeks. In 1997, Nancy and I were delighted to see Jolson at a theater in Toronto, Canada in box seats right next to the stage.Unfortunately, we could never find evidence the show ever ran on Broadway.


Both Nancy and I were members of the school choir and chorus which performed at the Annual Music Festival on May 9, 1947. We were also members of the youth choir at the Reformed Church where we worshipped regularly and where we were married in 1953.