In Nancy’s 1947 diary, my name is mentioned several times prior to October 24, but with no hint of anything other than a casual relationship. We danced a few times at the Teen Canteen, and we were officers in the sophomore class, an association that was all business.

“I asked Bruce to go to Darlene Kennell’s party tomorrow night. He said, “Sure.”

Apparently, I didn’t have to think much about how I would respond to Nancy’s invitation. I said, “Sure.,” and we had our first date.

A fire was kindled at Darlene’s party that chilly night in the fall of 1947, but it would take another six months before it burst into flame

Matter of fact, after going on a hay ride together the following week, we only saw each other socially at school dances.

One month after our first date, Nancy went with girlfriends to the movies and the Teen Canteen. That night, she wrote in her diary:

“ Bruce wasn’t even there. I don’t think I like him anymore.” 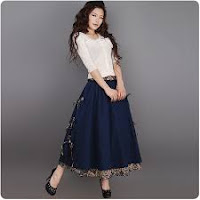 In October of 1947, an editor for  our school newspaper, the Maroon and White, asked for students’ reactions to how the girls’ skirts were going “down, down, down.” Our classmate, Bill Eisenhart, offered the most straightforward answer. Bill said, “No, I can’t see enough of the leg.”

As I recall, that was my thought exactly.
Posted by Bruce and Nancy at 4:49 AM