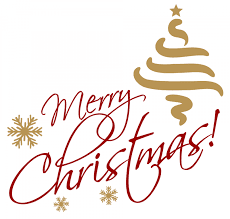 We loved Christmas in Gettysburg when we were growing up in that famous Civil War town in the Forties. That was long before political correctness, so “Merry Christmas” was still the popular greeting offered and received.  We don’t remember anyone saying, “Happy Holidays.”

Nancy and I were both active in our school choir and chorus, and we sang often for service clubs during the Christmas Season. Our annual Christmas Program at school on December 23 featured the 200 voices  of our combined choir and chorus singing selections from The Messiah by Handel.

Popular music on our radio, juke box or record player in December of 1947 included a song by Perry Como that was a big hit. The memorable lyrics read like this:

Other songs in the top ten included Ballerina by Vaughn Monroe and That’s My Desire by Frankie Laine. Bing Crosby’s 1947 recording of White Christmas is the version of that popular song heard most often today.

Music on Broadway featured four of the biggest hit musicals ever produced: Brigadoon, Finian’s Rainbow, Oklahoma and Annie Get Your Gun.

Nancy’s best memory of 1947 was her first prom in the spring of that year. I wish I could report that I was her date, but sadly, I wasn’t.

My best memory was starting at forward on a very successful Gettysburg High School basketball team and earning letters in football, basketball and track for the second year.
Posted by Bruce and Nancy at 11:02 AM