The spring semester of our junior year at Gettysburg High School in 1948 began with impressive wins in basketball over the Alumni and Waynesboro followed by a loss to the perennial Conference Champion Chambersburg. That loss was followed by seven consecutive wins.  Things were looking up for a team on which I was a starting forward.

Basketball scores in the Forties were always very low compared to current contests. For example, in the game against Shippensburg on January 13, the opponents only scored two points in the first quarter and only seventeen for the game. No player on either side scored in double figures.

Nancy and I began dating as a couple in 1948, or as we said back then, “We are going steady.” In January, however, no one would have predicted that relationship. As a matter of fact, I was dating other girls, and after an evening with girlfriends and several boys, Nancy wrote in her diary on January 2,  “Had a good time. I don’t care about Bruce.”

In 1948 demographers looking into the future suggested, “There is a strong possibility that within a few decades the population in America will reach its maximum size and will begin  to decrease.”

That year, it was predicted that 163 million people would live in America by the year 2000.  Thanks in part to a baby boom, the population passed 163 million by 1955 and soared to over 325  million at present. 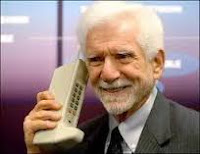 In 1948, Robert Heinlein wrote Space Cadet, a novel in which people used cellphones. While the technology for mobile phones was around in the Forties it was not until the mid Eighties that they became widely available.