97. Bullying and Sexuality in the Forties 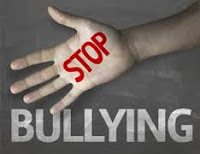 Nancy and I recently read a report from the American Psychological Association, suggesting, “40% to 80% of school-age children experience bullying at some point during their school careers.”  That data prompted us to think about bullies when we were growing up in Gettysburg in the Forties. Neither one of us could recall a single incident involving us or our friends.

A search of the Gettysburg Times published from 1945 through June of 1949 when we were in high school revealed only one mention of  someone who was a bully. On April 3, 1947 there was an article about “bullying coaches who help incite crowds to disorder.”

Another subject that was never in the news in the Forties was sexuality.  If you Google that term today, you will be led to sites where you will find descriptions of seven different types of sexual orientation: heterosexual, homosexual, bisexual, asexual, polysexual, pansexual and transexual.

When we were growing up in Gettysburg in the Forties, Nancy and I  only remember an occasional use of the word “homosexual,” but we never used any of the other terms, and we never heard anyone else use them.  A search for these words in the Gettysburg Times while we were in high school got no hits.

Of course, we also use words today like cell phone, Google, Facebook and iTunes which were unheard of in the Forties, but they describe products or services that were created since then. We assume  that seven categories of sexuality existed in the Forties. We just never heard of them. We wonder how many people know they exist today.