Early in July, 1948, the Gettysburg National Park service reported that tourist travel from
October 1, 1947 to the end of June 1948 exceeded visitations during the same period a year earlier by 25,000 visitors. Tourism in Gettysburg during World War II dropped dramatically, but as of 1948, it was back on track and would shortly break all previous records. 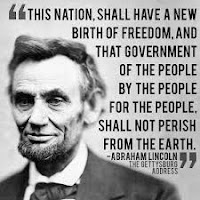 The big front page news during the summer of 1948 was President Harry Truman’s authorization of a stamp to commentate the 85th anniversary of Lincoln’s Gettysburg Address. The new stamp was scheduled to go on sale on November 19, the date of Lincoln’s immortal words, known by some as the “greatest speech in the world.”

On July 28, 1948, 40 Gettysburg High School students attended a meeting to discus plans for the coming football season. Ten others who were invited were either working or on vacation. That was an excellent turnout compared with previous seasons which resulted in losing records.

The following month, 30 of the most promising candidates traveled 25 minutes north of Gettysburg to attend football camp at Camp Nawakwa for ten days. A busy training schedule and a lot of rough work prepared us for the coming season which started  on Friday, September 10.

Our senior year began on Wednesday, September 8, 1948, and according to Nancy’s diary, we were together in English, Chemistry and Spanish classes. After being apart for much of the summer while I was at Camp Nawakwa, Nancy and I enjoyed each other’s company in classes during the week  and dating on most weekends.
Posted by Bruce and Nancy at 4:52 AM No comments:

110 Bands at the Battle of Gettysburg

July 1 to July 3 1948, marked the 85th Anniversary of the historically significant Battle of Gettysburg. Nancy and I searched her diaries and local newspapers from 1948 to learn how that important date was acknowledged in Gettysburg. Strangely, we found nothing.

In our search, however, we discovered a reference to Guy Allison, a reporter from Glendale, California who claimed that a Confederate brass band played polkas and waltzes to inspire the  troops during Pickett’s Charge. We should have been skeptical. What troops would be inspired to go into battle listening to waltzes?

According to an article by Logan Tapscott in The Gettysburg Compiler, 10 regimental bands entertained and inspired both Union and Confederate troops at various times during the three-day battle, but Tapscott offered no evidence that a brass band was playing before or during Pickett’s Charge.

Musicians were often pacifists who cared for the wounded in addition to performing their duties in the band. In reality, band members were much too busy treating the wounded and assisting the surgeons to play, but according to the article in the Compiler the 11th North Carolina band was ordered to perform during the fighting on the McPherson’s Ridge on July 2nd.

When Nancy and I were growing up in Gettysburg and on many occasions since, we have visited  Bloody Angle on the Battlefield and  imagined Pickett’s Charge when over 12,000 Confederate troops marched proudly and bravely toward Cemetery Ridge in formation with flags flying.


We never imagined a band playing as Pickett’s Charge unfolded  Now, based on the Compiler article, we feel certain none existed.
Posted by Bruce and Nancy at 11:42 AM No comments:

“Bruce and another guy are going to Washington. They’re hitchhiking and coming home tomorrow.”

Apparently, my friend and I were confident about getting rides from Gettysburg, because according to the diary, we didn’t start “thumbing” until late afternoon. Washington is more than eighty miles south of Gettysburg, and  a good two hours away by car.

Unfortunately, my only memory of our brief adventure is standing in line to pay our respects to General John Pershing lying in state in the Capitol Rotunda. After several hours we passed the General in five seconds.

General Pershing was famous for commanding the American troops, or doughboys as they were called, in World War I (1917-1918). Pershing was a hero back then, but modern historians criticize his use of frontal assaults resulting in unnecessarily high American casualties.

According to Nancy’s diary, my friend and I had trouble getting a ride back to Gettysburg the following day, so we took a bus from Frederick and traveled the same route Reynolds First Corps and Howard’s Eleventh Corps marched eighty-five years earlier prior to the Battle of Gettysburg.

I hitchhiked successfully and often when I was a college student in Lancaster, Pennsylvania fifty miles east of Gettysburg, but my biggest challenge using my thumb to travel was a 450 mile hike from Jacksonville NC to Gettysburg in 1953. In all such cases I was motivated by my desire to be with Nancy.

Posted by Bruce and Nancy at 2:07 PM No comments: