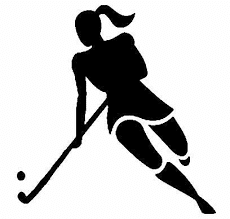 Nancy’s high school diaries from the Forties are a major source of information for Growing Up in Gettysburg, and in the fall of 1948, she often mentions the Girls’ Athletic Association (GAA).  While the boys played interscholastic sports, athletic competition for girls was provided through participation in the GAA which offered intramural sports in field hockey, basketball and volleyball.  Nancy was involved in all three.

Fifty-one percent of the girls in our senior class at Gettysburg High School participated in GAA sponsored sports. Today the percent of high school girls across the country particpating in all sports is the same.

Currently, there is a total of more that fifty different intramural and interscholastic sports offered to girls in high schools. Basketball is the favorite, and it was the most popular girls’ sport back in the Forties. It was also Nancy’s preference

Today, the Park welcomes well over a million visitors each year.


Back in the Forties, cars were permitted on the Battlefield after dark. Nancy and I took advantage of that often, and we suppose we were counted as tourists.